by Nigraan News
Reading Time: 2min read
A A
0 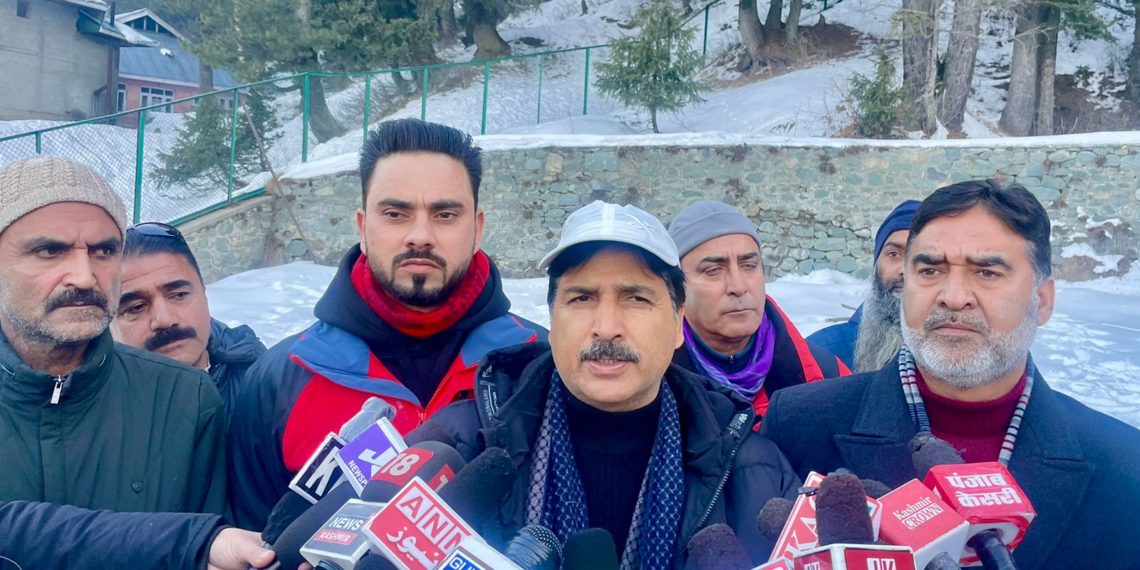 While receiving details about the preparedness for the training courses being organized at Gulmarg and Yousmarg under the first phase, he was told that the Department has made all the arrangements for the successful conduct of the training courses and the services of the best-trained coaches of the Department are utilized for imparting a quality training to the budding skiers.
While briefing the media about the arrangements made by the Department for the successful conduct of the training courses at all the destinations selected for the purpose, Director YSS said that the Department is committed to provide the best possible arrangements of boarding and lodging to the young students. He also stated that the basic focus of the Government is to produce world-class players in different sports in the UT of Jammu and Kashmir and such training programs surely act as a launching pad for the youth to excel in the sport of their choice. While referring to the great achievement of Olympian Arif Khan, he said that Mr Arif was also initially trained by the competent trainees of the Youth Services and Sports Department and today he has proved his mettle. He hoped that with the efforts of the Government, J&K will have many Olympic starts in the sport of skiing in the years to come.
“Beside Gulmarg, Yousmarg, and Gurez, the Department is exploring ways to start such training programs at other famous tourist destinations of Kashmir like Doodhpatri, Sonamarg, and Pahalgam as well,” Director YSS added.
District Youth Services and Sports Officers of different Kashmir-based districts, Incharge of the training program at Gulmarg Olympian Gul Mustafa Dev, Wardon Gulmarg Hutments Hilal Ahmed, and other senior officers and officials of the Department were also present in the meeting.