by Nigraan News
Reading Time: 1min read
A A
0 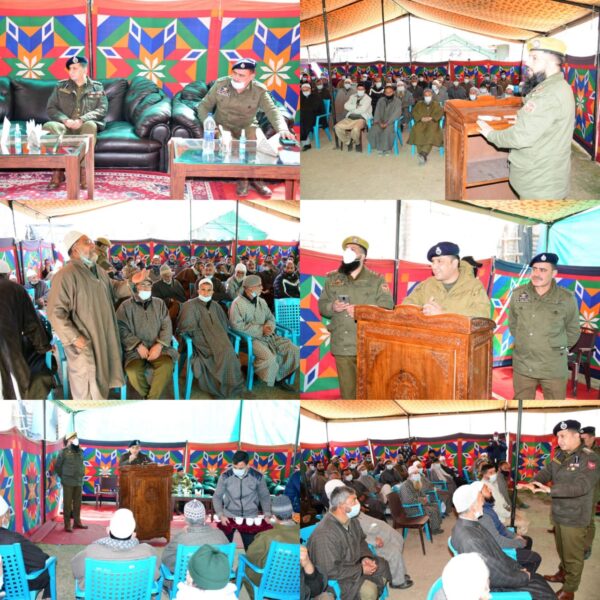 SSP Srinagar convened a PCPG meeting at the newly established Police Station Sangam in the territorial jurisdiction of North Zone Srinagar.
During the course of meeting shri Raja Zuhaib, SP North and other concerned territorial officers remained present.
The officers interacted with the respectable citizens and other stakeholders of the area. On the occasion SSP Srinagar emphasized upon the importance of the establishing Police Station Sangam. The aim for establishing the Police Station is to provide speedy redressal of Public grievances/Complaints with prompt Police action. General Public during interaction put up many issues which were noted down and public were ensured a strict action will be iniated and redressed within shortest time.
The meeting ended on a positive note that such meetings will be held in future also for redressal of public complaints.